Tinnitus is different for everyone. While two people may experience ringing in their ears, they may perceive this sound differently. Tinnitus can also impact people in a number of ways. Some people may describe their tinnitus as a small annoyance, while others experience high-stress levels. Because tinnitus can vary from person to person, it is important to understand more about the different experiences of tinnitus. 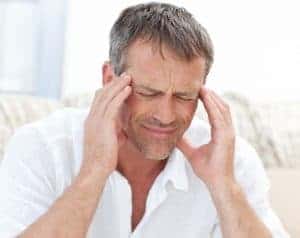 Subjective tinnitus is the most common form and can only be heard by you. This type of tinnitus can be caused by exposure to loud noises, aging, or other factors. Subjective tinnitus has various treatment options, but it is often a permanent condition.

Objective tinnitus is much rarer. This usually comes as a result of a vascular disorder or muscle contractions. Objective tinnitus can often be treated by correcting abnormalities. Sometimes, these treatments can result in a permanent fix.

In addition to the different types of tinnitus, there are different ways people can perceive tinnitus. There are three main ways that people experience tinnitus:

The Impact of Tinnitus

Just as people perceive tinnitus differently, they also experience the impact of tinnitus differently. For some, tinnitus rarely bothers them. However, for others, tinnitus can have a significant impact on their lives. Many people report difficulty focusing, inability to connect with others, or isolation. Tinnitus can also lead to stress and anxiety.

If you believe you have tinnitus, you should schedule an appointment with a hearing specialist. For more information on hearing loss and hearing help, visit our YouTube channel.